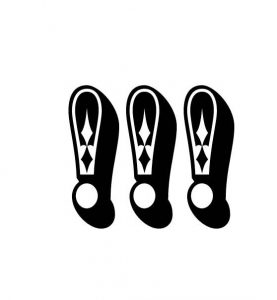 Filmmakers have certain advantages over novel writers. They get to use musical scores to help build the tension. We’ve seen it dozens of times. The unsuspecting protagonist goes into the seemingly deserted mansion, unaware that the villain is lurking inside. As he or she gets closer, the music builds to a crescendo. “Dum dum-ta-dum–BOOM.” The bad guy leaps out of nowhere, confronting the protagonist, who either has to fight or run for dear life.

What an exclamation point actually means

An exclamation point in the narrative means you’re shouting at your readers, which they may find annoying. A better way to build the tension would be to use more effective verbs and modifiers.

For example, instead of saying, he heard the footsteps and waited until the time was right. Then he leaped out of the closet at of Joe, try using, He heard Joe’s footsteps coming closer. He held his breath, not wanting to give himself away. The footsteps grew louder. He could make out the dark shadow of a human form as it entered the room. He stood by, unable to move. The footsteps thumped louder as they came closer. Beads of sweat popped out across his forehead. It was time. He leaped out of the closet at Joe.

But what about the dialog?

An exclamation point in the dialog indicates that someone is shouting. People shout when they are excited, unexpectedly surprised, under stress, or angry. Therefore, exclamation points should be rarely used in dialog, and only when absolutely necessary.

For example, someone might shout, Look out! if they see someone else is about to step into the street, unaware that a bus is barreling toward them. This sets the stage for a number of outcomes. The first character pulls the second character back onto the sidewalk in the nick of time. The person stepping into the street sees the bus coming and takes evasive action. The second character looks back and replies, “What?” Or the second character ignores the warning and ends up being hit by the bus. Whatever option you take, no further exclamation points are necessary. The crisis has passed. Any further exclamation points would be redundant

I think of exclamation points as hot chili peppers. A little bit goes a long way.

We’ve all experienced it. We start reading a novel that got off to a great start. Then we lost interest. My mother was one of those readers who would plow through to end, no matter what. Even if the book was genuinely awful. Me, not so much. Life is too short to waste on a poorly written story.

Keeping readers engaged can be a challenge. Even the best conceived story ideas are useless if your novel becomes slow and boring.

Pacing is an important part of good storytelling. However, excessive back stories, boring or redundant dialog, and trivial details can slow your pace to a crawl. Once the reader loses interest, you’re done. A bored reader will toss your book aside and never come back. So, how do you keep the middle of your story interesting? Here are a few suggestions.

Backstories should only be revealed on a need to know basis

I only include those backstories which are relevant and move the story forward. Then I typically reveal them through dialog. The rest of my backstory remains in my notes.

Your character has told another character that his mother died in a car crash. He doesn’t need to repeat himself. If it comes up again, consider using it in the narrative. For example, “as she hit the accelerator, he reminded her about his mother.” Inserting redundant dialog would have ruined a fast-paced narrative. But what if he needs to tell his story to a different character? Consider adding a spin. His mother was driving drunk.

Readers don’t care if your character is wearing a blue dress or a green dress, or if it has buttons or pockets. Detailed descriptions are only necessary when they enhance the story. For example, “She would wear her royal blue dress with the lace trim. It would be perfect for showing off the diamond pendant Jake had given her.” Boom. That’s all the reader needs to know. Leave the rest of the details to their imagination, and move on.

I think of each chapter as an episode to move the plot forward. It should reveal a character’s motives, or emotions, or something we didn’t know before. If a scene, or even an entire chapter, doesn’t enhance the overall story I’ll delete it. Each chapter, and scene, needs a purpose. If it doesn’t, then it’s nothing more than filler material which will bore the reader, and the last thing you want is for the reader to toss your book aside and leave a bad review.

I recall once looking at a sample chapter from another author’s novel. There, in the second sentence of the opening narrative, was the dreaded, F-bomb. That was it. I was done. The book may have had an intriguing title. However, once I saw that expletive, I was turned off. I had no reason to read any further.

I’m not saying I’m a total prude, and, for some genres, this kind of language may be both suitable and expected. However, it’s not appropriate for my work. I write contemporary sensual romance. (As Marina Martindale.) In my genre there simply is no reason for profanity, and most romance authors don’t use it. To me, profanity, especially when used in the narrative, a sign of a lazy, sloppy writer. A rank amateur. A good storyteller doesn’t need to use profanity. Plain and simple.

What about the dialog?

There will be times when an, “Oh my goodness gracious me,” simply won’t cut it. That’s when I’ll use an occasional damn or hell, or similar verbiage. However, I never use the F-bomb, or any other vulgar synonym for human genitalia. And the keyword here is occasional. As in infrequently. My characters aren’t potty mouths. Even my villains have more class than that.

Sometimes there will be an occasion when a stronger word may be expected. For example, I had once had a scene where one of my characters has just learned that her husband had been kidnapped. She’s understandably upset, and her response is, “What the —?” Another character interrupts her before she completes her sentence. Some readers may have interpreted it as, “What the hell?” Perfectly appropriate for the circumstances. Other readers, however, may have interpreted it differently and assumed she was about to say an entirely different word. Either way, I left it up to the reader to decide.

It may be the 21st century, but there are still people out there who find profanity, particularly the F-bomb, offensive. So why risk alienating potential readers who would have otherwise loved your book?