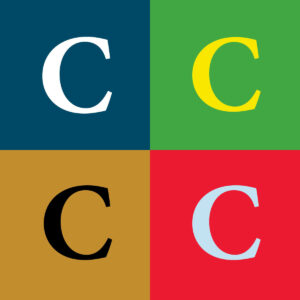 All stories, whether it’s a play, a short story, or Anna Karenina, revolve around conflict and basic plot structure. I call it The Four Cs of Storytelling, although other writers may call it something different. It’s the same timeless formula that Shakespeare and Homer used. I first learned from my high school drama teacher, and I use with each and every story I write.

The four C’s of storytelling

Who is your story about? Without characters there is no story to tell. I typically begin my stories by introducing my lead protagonist(s). However, I don’t consider this a hard and fast rule. Sometimes my opening line will be about a supporting character, who happens to be with the lead protagonist. He or she will then introduce the lead character to the reader. You may wish to begin your story with a minor character. I’ve read novels where the first few paragraphs, or even the entire first chapter, are written to set up the lead character’s introduction. Some authors may begin by introducing the antagonist, which to me is always an interesting twist. Whichever way you go, the plot revolves around the characters and the things they do.

This is the meat and bones of the story. The conflict creates the drama which drives the story. Imagine a story about a happy couple who never argue or disagree. Nothing bad ever happens to them. They live long, happy, charmed lives where nothing ever goes wrong. The end.

Now let’s take that same couple. He tells her he has to work late that night, but he arrives home in the wee hours of the morning. She smells another woman’s perfume on his clothing and sees lipstick on his collar. Care to guess what’s coming next? So, which story would make the most compelling reading? The one about the perfect couple whose lives never go wrong? Or the one where the husband is about to get his butt kicked? Again, the plotline revolves around conflict, and how the characters react to it.

The high point of the story. The punch line. They argue. She grabs a lamp off the nightstand, and in a fit of blinding rage, she coldcocks him over the head. He falls to the floor, unconscious and bleeding. Meanwhile the neighbors heard them fighting and called the cops. The police soon arrive and bust down the door. He’s lying dead on the floor while his blood, and her fingerprints, are all over the lamp.

This is when loose ends are tied up and you end the story. She’s hauled off to jail, goes on trial, is convicted and goes to prison. I write stand alone novels, so I leave the readers with a definitive, satisfying ending. However, this isn’t a hard and fast rule either. Some authors may prefer a more ambiguous ending. Perhaps some compelling evidence was presented during the trial which resulted in a hung jury, so they’ll leave it up to the reader decide. Those authors who are writing a series will certainly want to leave something unresolved to continue into the next book.

So there you have it. The four basic components of plot development and storytelling. What you put into them is up to you, and the possibilities are endless.