Whether you write fiction or nonfiction, building your own unique brand as an author is essential. For those of us who’ve written more than one book, this includes having consistent covers. After all, what’s the first thing a potential reader sees? Your book cover.

Five Star Publications, Inc., published Gunfight at the O.K. Corral: Luke and Jenny Visit Tombstone, the first title of my Luke and Jenny series of historical novels for young readers, back in 2006. As publisher, Five Star took care of the cover design. The illustrator and cover designer created a beautiful book cover, and I was quite pleased with it. 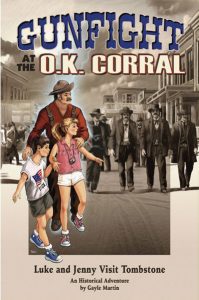 Unfortunately, when the time came to publish my second book, Billy the Kid and the Lincoln County War: a Luke and Jenny Adventure I found out that the person who designed and illustrated the Gunfight at the O.K. Corral cover was no longer available. Thankfully, we were able to find another illustrator with a similar drawing style. However, no two artists are exactly the same. I loved the Billy the Kid cover illustration, but it didn’t match the O.K. Corral illustration closely enough to make the two books look related. I now had to make a decision. I could either have a book series with one cover which looked like it didn’t belong, or I could have the original Luke and Jenny book cover redone with a new artwork from the new illustrator. I opted for the latter. It really was my only option. 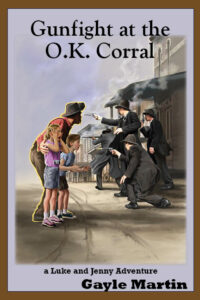 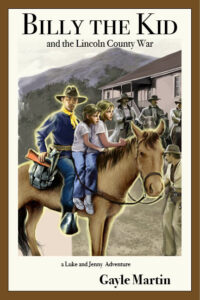 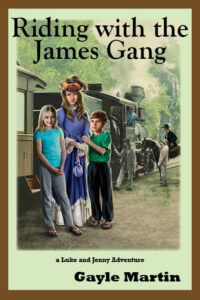 My covers were now consistent, which, in turn, made it that much easier to build my brand.

A few years later I published updated editions of the Luke and Jenny series, this time with my own publishing company, Good Oak Press, LLC. I could have redesigned the covers with new illustrations, but opted not to. My brand had been well established by then, and other than new ISBN numbers, and some minor copy editing, the books were essentially the same as the Five Star editions. The only change I made was to add the brown borders to distinguish them from the earlier Five Star series.

After completing my Luke and Jenny series I changed genres and started writing fiction for adult readers. This meant starting all over from scratch and building an entirely new brand, including creating a pen name, Marina Martindale, but the same rules for my covers applied. While I now write stand alone novels, I still work with Wes Lowe, who did the Luke and Jenny cover illustrations, and I still have consistency in the cover designs. It’s all about building your brand.